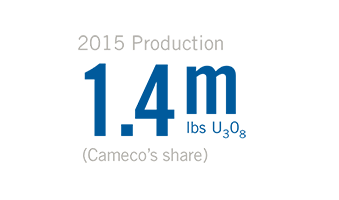 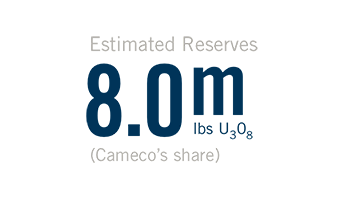 We operate Smith Ranch and Highland as a combined operation. Each has its own processing facility, but the Smith Ranch central plant currently processes all the uranium, including uranium from satellite facilities. The Highland plant is currently idle. Together, they form the largest uranium production facility in the United States.

We met our forecast for the year although, as planned, production was 33% lower than in 2014, with new mine units and the North Butte satellite contributing to production at Smith Ranch-Highland in 2015.

In 2016, we expect to produce 1.2 million pounds. The continued decrease is a result of market conditions, which led us to defer some wellfield development.