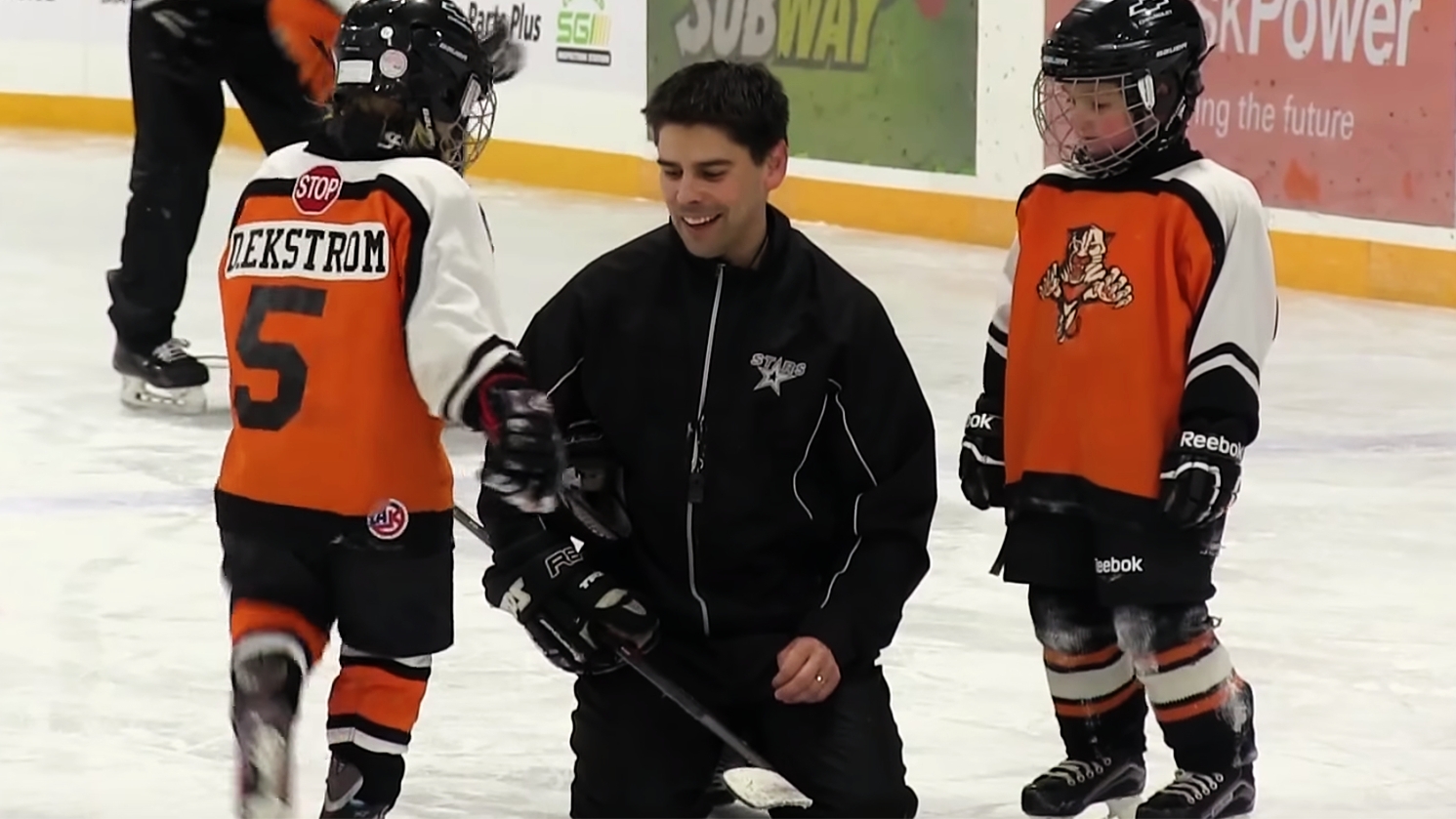 Involving 13 communities, featuring 12 hockey games and several other events over five days in Wadena, the proceedings raised $101,111 for improvements to the community arena.

Contact the SHA to apply for next year's event.

The coldest weekend of the year was only partially responsible for Wadena mayor Greg Linnen’s goosebumps.

While temperatures flirted with minus-40 C, residents of this east-central Saskatchewan community flocked to the rink for Cameco Hockey Day in Saskatchewan and raised an impressive $101,111 for arena improvements.

“It puts a chill in your spine to see how much fun everyone is having,” Linnen said Jan. 16 as a crowd of 900 watched a Saskatchewan Junior Hockey League clash between the Battlefords Stars and the Notre Dame Hounds. “We’re so lucky to have Cameco and the Saskatchewan Hockey Association sponsor this event and we’re so blessed that they chose Wadena.”

Officially, the SHA has been celebrating Hockey Day in Saskatchewan for nine years. Cameco joined the celebration last year in Carnduff and is committed as a presenting partner through 2018.

“I grew up in one of these small communities and to see the community come together for the kids, for the community, is just special,” said Cameco CEO Tim Gitzel. “It’s really a great weekend.”

Cameco staff worked with the local organizing committee for several months leading up to the event and also chipped in on game days – flipping burgers, selling Hockey Day merchandise, announcing the games and more.

“We ask our people to make a difference,” said Gitzel. “We want to be involved in the communities near to where we operate. This is just one way we do it.”

For the weekend’s marquee event, a crowd of 900 (that’s the equivalent of about three-quarters of the town’s population) packed the Wadena Rec Centre to watch Battlefords beat Notre Dame 3-1. That was only part of the show, though. Wadena turned “Hockey Day” into a five-day hockey festival. In all, the community hosted 12 games involving 13 other communities.

"We had faces in the rink that haven't been here in 20 years," said Kent Armbruster, chair of the local organizing committee. "We have them loving hockey again after this weekend."

The official festivities began Jan. 15 with a banquet headlined by TSN’s Darren Dutchyshen (who grew up in nearby Porcupine Plain) and Saskatchewan Roughriders play-by-play man Rod Pedersen. Other community events included a pancake breakfast, a cabaret and a beef lunch. Members of the SJHL’s North Stars also delivered a skills clinic to local initiation program players.

“The kids’ eyes were huge,” said Armbruster. “They just loved that and how personable the players were.”

The local committee plans to use the Hockey Day profits to add dressing rooms to the arena, which was built in the early 1960s. Enrolment at the elementary school has surged to 240 and minor hockey registration is on the rise.

“To have that in small-town Saskatchewan, we’re very lucky,” said Linnen. “We want this Rec Centre to be around for a long time.”

For information on becoming a future host for Cameco Hockey Day in Saskatchewan, visit www.hockeydayinsask.ca and www.sha.sk.ca.