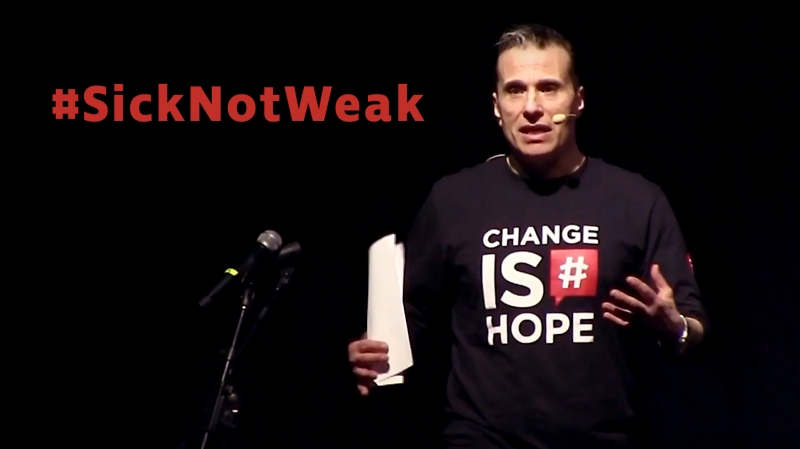 The feature event took place at the North Battleford Civic Centre on March 15, where 2,500 people heard Landsberg share his struggles with mental illness for more than 20 years.

“This is a community that has suffered so many blows,” said Landsberg, referring to a number of youth suicides that have taken place in the Battlefords community in recent months. “I wanted to be here because in a tiny, tiny, tiny way I feel like we can make a difference. And if you have something that you think can make a tiny difference, you should do it.”

Cameco helped bring the event to the Battlefords, which featured special guests such as:

The #SickNotWeak tour also made stops in Shellbrook, Fond du Lac and Cameco’s Cigar Lake mine.

“A couple of years ago at Cameco, we made the commitment that, from that day forward, nobody at Cameco or in our families would have to suffer in silence,” said Cameco President and CEO Tim Gitzel. “This was reinforcement by Michael Landsberg and his team that there’s help out there for people.”