A Gift of Music for the North 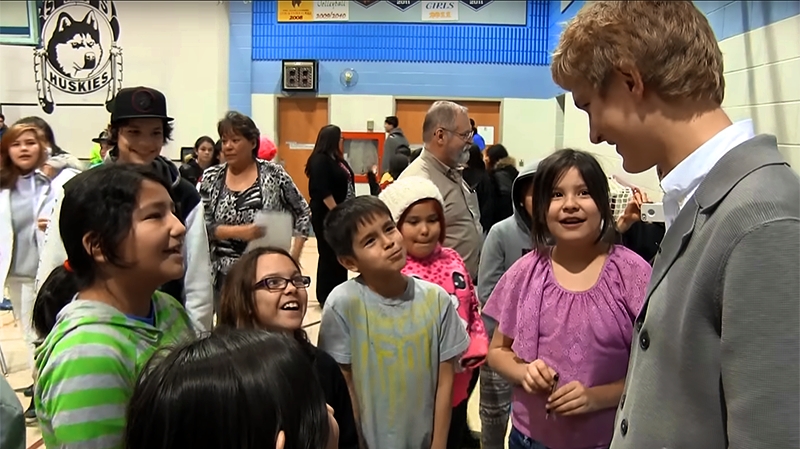 The 20-year-old classical pianist from Calgary has played in concert venues around the world, from Poland to Italy to Japan to Carnegie Hall in New York.

Named one of Canada’s future leaders by Maclean’s Magazine, Lisiecki played for Her Majesty Queen Elizabeth II and 100,000 people during Canada Day celebrations in Ottawa in 2011.

Thanks to a unique partnership between Cameco and the Saskatoon Symphony Orchestra, Lisiecki made his first visit to northern Saskatchewan.

Wanting to give youth an opportunity to meet remarkable role models, Cameco agreed to charter a plane and help cover some of the cost to bring Lisiecki to Saskatchewan’s largest northern community.

Called the “Sidney Crosby of the piano”, Lisiecki visited with students at Senator Myles Venne School in Air Ronge in the afternoon before performing a free concert at Churchill Community High School in La Ronge in the evening.

Lisiecki’s visit to Saskatchewan concluded Saturday night when he performed before a sold-out crowd at TCU Place in Saskatoon.